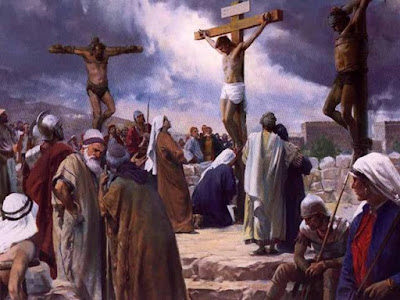 As we celebrate the Resurrection of Our Lord let us remember that this particular event gave rise to many speculations and rumours all those years ago, and indeed over the years since then.

Let’s consider the facts as we know them.

A man claiming to be the Son of God was crucified and died a most horrible death.

After His death, His followers claimed that He rose from the dead as He had said He would.

Now let’s look at the rumours and the conspiracy theories.

It is possible that Christ’s disciples and followers stole and hid the body of Jesus to perpetuate the story that He is the Son of God and that His Father raised Him from the dead.

But if that were the case; what benefit is there to them to disseminate this story knowing full well that it is a lie? Why suffer persecution, imprisonment, torture and death for something you know to be false? Would you do that?

The other theory is that the Jews, the Sadducees or Pharisees, removed the body in order to stop any beliefs that Christ is the Messiah, the Son of God.

But if that were the case; then why not produce the body once the disciples said that Jesus rose from the dead and invalidate the story of the Resurrection right from the start? Isn't that what one would expect in such circumstances?

Another hypothesis is that Christ never died at all. He just lost consciousness or was in a coma, and He woke up once again and walked out of the tomb.

But the Romans were very thorough people. They made sure that those crucified were indeed dead by breaking their legs whilst hanging there. They did not do so to Jesus because when they checked He was already dead. Even so, they did pierce His side with a spear just to make sure.

And then; there is of course the fact:

Christ died on the Cross and rose from the dead.
Posted by Victor S E Moubarak at 01:17:00

Email ThisBlogThis!Share to TwitterShare to FacebookShare to Pinterest
Labels: Easter Lies and Truth