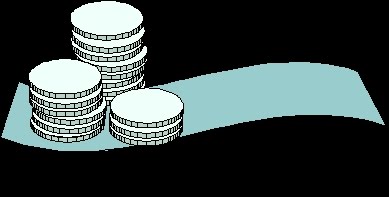 The good thing about hopping from one Blog to another on the Internet is that I learn something new everyday - well almost!

The problem though, is to know whether what I have learnt is true, or just someone's opinion.

For example, I learnt the other day that when we get to Heaven our "rewards" will not be the same, but will be commensurate with how well we responded to God's grace when here on earth.

I'll admit this confused me somewhat. I never realised there were rewards as such in Heaven. I thought that once there that was reward enough; if reward is the right word to use in this context.

I doubt very much that if Heaven was a mansion with many rooms, some Saint or other would have the top penthouse apartment facing whatever one faces when looking out of Heaven's window, and I would have a dingy cupboard space somewhere deep in the bowels of said mansion.

That's not how I imagined Heaven. I thought I'd be free to go around everywhere and meet such famous Saints like Peter and ask him what hot drink he drank on earth before they discovered coffee, tea and hot cocoa!

But it seems, from what I've read so far, that this notion of rewards was (or still is) Catholic dogma. Apparently, many years ago, the Council of Florence declared in some Latin entitled document that this is so.

Now as a Catholic I tend to get easily confused between what Christ taught, and what the Church has over the years interpreted and declared as truth (dogma) and woe betides you if you don't believe it and obey it.

So ... to clear up my confusion, and to help me find better accommodation than a small dark cupboard, would any of you please let me know what you think about this?
Posted by Victor S E Moubarak at 00:34:00