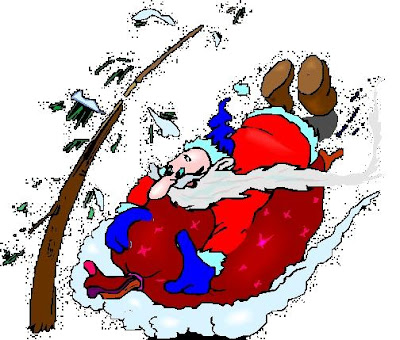 Do you know Kenneth Grange? Have you heard of him?

He is an acquaintance of mine. I would not call him a friend. And he is so mean and miserable that he wins the title of a modern day Scrooge.

Last Christmas eve, whilst his children were in bed, he went outside and for a few minutes rang a set of sleigh bells. The children were excited believing Santa Claus was visiting them. He then tooted his car horn a few times and banged hard with a stick against the garage door.

He then told his children that Santa had been killed in a road accident.

This year, he is claiming the hard economic situation in the UK is due to Santa's death, and plans to serve his family beans on toast for Christmas.

Not like me ... I believe we should open our doors at Christmas and invite a drunken, lay-about person to come in and share our Christmas meal.

My neighbours did that last year. They invited me.
Posted by Victor S E Moubarak at 02:37:00

Email ThisBlogThis!Share to TwitterShare to FacebookShare to Pinterest
Labels: Scrooge