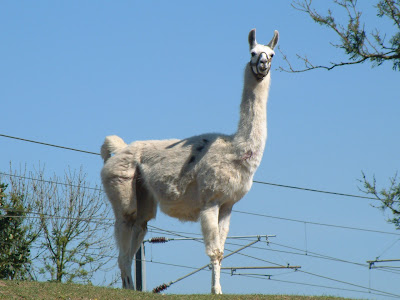 God took some soil from the ground and made the birds and animals and brought them to Adam so he can name them.

At first, Adam was very hesitant, and as each animal passed in front of him he mumbled monosyllables: "Ant, bee, cat, dog, cow, pig ..." and so on.

In time, he became more adventurous and used longer words, "giraffe, horse, llama, tiger, panther, zebra ..." and so on.

But there were many animals and birds, not to mention all the fishes in the sea, still to be named. So Adam grew tired and he could hardly keep his eyes open. When the next animal walked by him he said "Hippopotamus amphibius or Choeropsis liberiensis or Hexaprotodon liberiensis depending on the size of the animal."

At which point God hit Adam on the head with a dead bat and said "Don't be too clever, lad!"

And that's how we got the word Hippopotamus.

Make sure you spell it correctly.

Email ThisBlogThis!Share to TwitterShare to FacebookShare to Pinterest
Labels: Genesis